Entrepreneurs today are fortunate to have tools that can help their startups, such as social media, incubators, mentors and crowd funding.

Crowd Funding is the practice of funding a project or venture by raising many small amounts of money from a large number of people, typically via the Internet

If you have an idea or a small business, Kiskckstarter is your best place to  post about your project and the fund you are looking to raise. Luckily, the Middle East is no different than the rest of the world. Today we have two shakers in the market: Eureeca and AfkarMENA. They are taking the region by storm. 19 startups have benefited from Eureeca, where some of them have managed to over fund just in a 2 or 3 months period. The website is user friendly, you can connect with investors and increase your network of investors and mentors. AfkarMENA is a reward-based online platform for all your creative ideas. Whether you have a new game to develop, a music album to release, or want to start an NGO, AFKARMENA will help make that happen. I have started a project at AfkarMENA for my NGO “Under My Olive Tree” Education Program to raise fund for less fortunate students in Jordan. For more info check the link 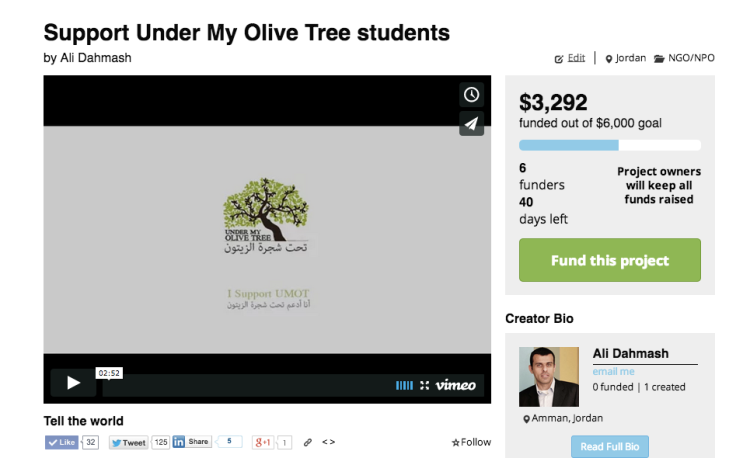 Hootsuite University is part of Hootsuite online courses that includes a variety of lectures related to social media trends, best practices, and the latest in the industry. The lectures are video based and are easy to understand.  Many of the videos are in Spanish in addition to the English language. The lectures are also industry specific (Healthcare, Education, Financial Services & Entertainment).

Perhaps the most appealing course is how to generate leads and target prospects using social media!

You can become a Hootsuite Certified Professional by passing 9 exams. Once certified, you will be listed in the website according to your city.

In addition to the great features that Hootsuite offers, I strongly recommend adding the certificate to your resume

EDGE RANK is the name commonly given to the ALGORITHM that Facebook uses to determine what should be displayed in a user’s NEWS FEED. As of 2011. Facebook has stopped using the EDGE RANK term INTERNALLY to refer to its NEWS FEED RANKING ALGORITHM.

EDGE RANK used to be straight forward with 3 main components and their subsets. Now Facebook has a new algorithm that takes into account more than 100K factors in addition to the original three

Analysis of the Internet Retailer 500 Facebook Pages shows engagement sunk 27% in 2013 vs 2012, and rumors abound that Facebook’s News Feed algorithm is increasingly hiding Page posts to force marketers to pay for exposure in the News Feed.

The average user’s network generates 1500 updates per day, but only a fraction of them appears in the News Feed. More individual status updates means more competition for organic slots

Facebook never revealed all ranking factors, only some. Researchers, surveyors  and analysts tried to figure out some others 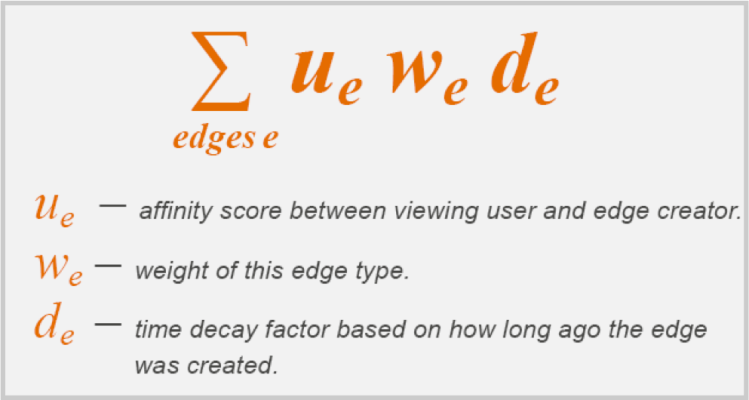 END_OF_DOCUMENT_TOKEN_TO_BE_REPLACED

You might have noticed lately that some posts on Facebook might get more engagement than others in the same page. The same goes with Twitter and LinkedIN. After studying the behavior of Fans and Followers on social media using sources like Social Bakers, Quintly and BufferApp, the following are the ideal length to post on different social media platforms: 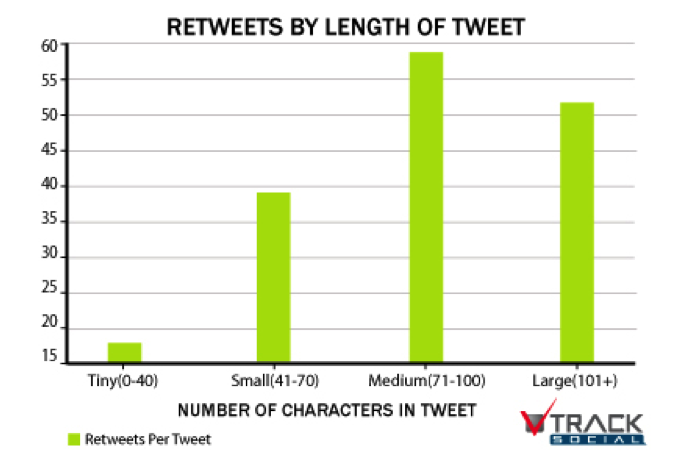 END_OF_DOCUMENT_TOKEN_TO_BE_REPLACED

Facebook Now Checks and Notifies Users if Passwords Have Been Stolen

In a bid to keep its users’ accounts safe, social networking site Facebook has created an automated service that monitors the web for stolen email addresses and passwords.

The service checks credentials to see if they match those being used on Facebook. If you are new to Twitter or have been using the micro blog site for a while, getting new followers is probably one of your priorities. The following are my top 7 things to do to increase your followers base for your personal account

1. Have a clear personal profile and back ground image. Tweeps need to know who they are talking to

2. Have a clear bio. State why are you on Twitter, what are the topics you are interested in. I also prefer if you use one or two hash tags in the bio